The thrust of this challenge comes at the end with the phrase ‘According to Empirical, Testable, Demonstrable Protocol, Science says your GOD doesn’t exist.’ As we start to look at this challenge I want to remind you of something, this story is not true. The entire parable is of Christian creation, the professor included.

In that light something important to point out about this argument is that most educated atheists don’t make it. Most atheists and most Christians understand that the search for God is not akin to the search for a black hole. It is not about creating the right tools and pointing them in the right direction.

Bertrand Russell’s ‘Space teapot’ argument is perhaps the closest thing to it but even there his point was not, ‘therefore God does not exist’ but ‘God’s existence must be proved.’ Scientific method is just one possible method to prove God’s existence but it is not a very good one.

That argument can make use of scientific method. For example one could say a universe created by God should be fine-tuned for human life. Then through physics and mathematics we can try to explore what factors are necessary for human life and how likely they are to happen without outside influence. Likewise the argument could be made, if God created human-beings he would do so in the most efficient way possible. Then we could use our tools of biology, anthropology, geology etc. to uncover the origins of humanity.

The major problem with this approach regardless of your results is it requires us to try and read God’s mind. If we are really being honest the question we are answering is, ‘If I were God I would do things like X, I wonder if God did things like X?’ 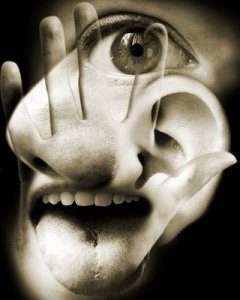 Just how would God taste?

Let’s move on from the professor’s challenge to the student’s response;

Student: Professor, do you teach your students that they evolved from a monkey?
Professor: If you are referring to the natural evolutionary process, yes, of course, I do.
Student : Have you ever observed evolution with your own eyes, sir?
(The Professor shook his head with a smile, beginning to realize where the argument was going.)
Student : Since no one has ever observed the process of evolution at work and cannot even prove that this process is an on-going endeavor. Are you not teaching your opinion, sir? Are you not a scientist but a preacher?

Let me say I as a preacher (currently freelance) I don’t appreciate the line, ‘Are you not a scientist but a preacher?’ But more to the point this is a very poor and incredibly ill-informed response.

The student opens this response with the question, ‘do you teach your students that they evolved from a money?’ This is a very common misnomer in Christian circles, and hearing it so often must frustrate atheists and biologists a like. The theory of evolution does not state that humanity evolved from monkeys but that apes and humans have a common ancestry that diverged hundreds of thousands, if not millions of years ago. I can’t state this often enough, if you want to debate what someone else is saying please make sure you actually know what they are saying. If you fail to do so all you will accomplish is looking very silly.

Secondly the professor should have answered ‘yes we have observed evolution.’ This is another point that as Christians we need to come to terms with. Evolution has been, and is being observed right now. Let me give you an example. Every year I get a flu shoot. That shoot is made up of the previous years common strains of the flu. That should along with my own built up immunity provide me with a fair amount of protection. However this does not mean I will not get sick. Because while doctors, chemists and biologists prepare that vaccine somewhere out there in the wild the flu virus is being exposed to environmental changes and like all living organisms it changes as the environment changes. The flu mutates and if it mutates enough it is classified as a different flu. Swine flu, or H1N1 was originally a flu that only infected pigs, but it mutated and gained the ability to infect humans. That is evolution is real time.

Microscopic organisms are not the only example of this. One famous example is the London Underground mosquito. This is a mosquito that seems to have adapted to recently human made underground structures like sewers, and subways. They have a slightly different genetic code than the mosquitoes found in the same area but above ground. This is a sub-species that has developed in the last 100 years or so. When we compare examples like this to what we see happening in the fossil record I feel that we have to concede the point that the theory of evolution stands as the best explanation of the current data.