The E3 Expo in June was really all about the Xbox One and the PS4. Neither of which I care about thanks to their refusal to include backwards compatibility. Nintendo my first gaming love wasn’t really able to compete with these system launch announcements. BUT they did announce something I have been waiting years to hear, Mega Man will be a challenger in the next Super Smash Brothers.

Seeing this video made my night and has sent me on a Mega Man binge via my 3DS. I have been enjoying those frighteningly difficult jumps, the classic 8-bit tunes, and the boss battles that I just squeak a win out of.

While I really enjoyed playing the Super Mario Brothers and The Legend of Zelda games for me the 8-bit area was all about Mega Man. I owned Mega Man 2-6 and played them again and again. During my time playing Mega Man I feel I have picked up a few valuable life lessons. Allow me to pass them along to you;

Poor Dr Willy he only had one dream, to rule the world with his robot army. Time and time again he would try to achieve that dream by building 8 super powered robots unleashing mass chaos and destruction. Oh sure he tried to switch it up a little by pretending to be Dr. Cossack, Proto Man, and Mr X but we all knew sooner or later we would be fighting Dr Wily. Dr Wily should have learned If the plan didn’t work the first 5 times chances are it won’t work the next time either. Thank to Mega Man I learned to stop trying my crazy schemes after four attempts or less.

2. Problems Need To Be Tackled In The Right Order

For whatever reason every time Dr Wily designed his eight world enslaving robots he always designed each of them to be weak against one of the other eight robots. This meant all Mega Man had to do was defeat one robot with his own skill and weaponry before he could claim a weapon designed specifically to destroy one of the other robot masters.It was true in Mega Man and it is true in life. When faced with multiple problems it is often best to sit down figure out what order they need to be addressed in than tackle them one at a time.

You would think after learning some super awesome powers like Metal Blade or Magnet Missile that Mega Man would just take down whatever new evil robots Dr Wily invented with the skills he already learned. But no, Mega Man is a true life long learner so he starts fresh with every new challenge. This is a great lesson to learn. Don’t just stick to the tried and true, go out there and learn something new.

I know many people out there think that video games just rot kids brains but I couldn’t disagree more. If you are open to learning them they all provide some great life lessons. 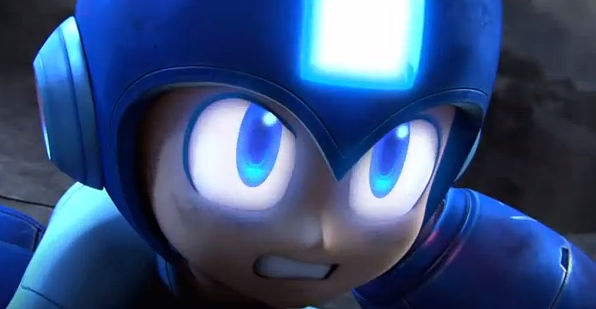 I am so glad to see you again old friend